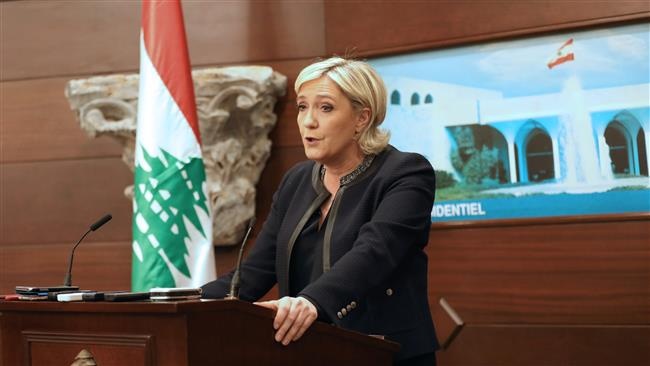 The far right «French National Front» leader said, in an interview with on February 21 with the Lebanese newspaper «Orellan-Gore»: «I’m French and I consider that the Syrian President Bashar Al-Assad and his regime pose any danger to my country».

Le Pen, said, «it shows that that the Syrian president is the only one who was able to resist Islamic extremism which affects the France and Europe now.

Many countries including France, tried their best in weakening him therefore Russia carried out military intervention» and she added… «If I win the election, and become the president, I’ll support President Assad in its struggle against Islamic fundamentalists extremists».

Le Pen pointed out that, there is no talking about French military intervention. however «France will intervene if we received a request from the Syrian government».