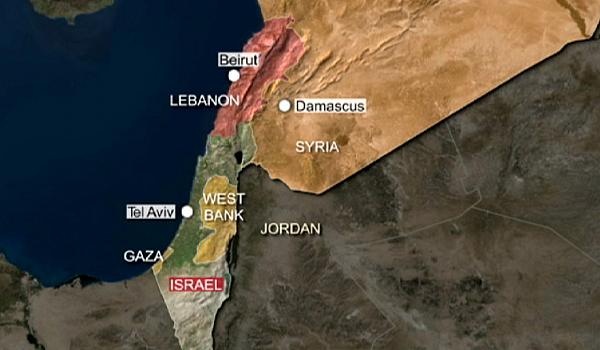 Israel carried out an overnight strike against an arms convoy on the outskirts of the Syrian capital, Damascus, according to Wednesday reports.

Lebanese television channel Al-Jadeed reported that an Israel Air force aircraft attacked targets in the al-Qatifa Mountains, located on the outskirts of the Syrian capital.

Al-Jadeed added that the Israeli aircraft circled the skies of Lebanon’s Beqaa Valley and above the city of Baalbek around 3 A.M. According to the report, the attack was carried out from Lebanese airspace.

Another Lebanese news outlet, A-Nashra, reported that a convoy transporting weapons was the target.

The reports have not been officially confirmed.

The Israeli army said that the military does not respond to foreign reports.

A day earlier, Defense Minister Avigdor Lieberman issued a warning to Hezbollah during a Golani Brigade exercise, saying that «this might be the best answer to all the threats and all the fiction that we hear from across the border. Those who haven’t seen the Golani Brigade exercise – better carry on hiding in an underground bunker».

Lebanese President Michel Aoun published a statement on Saturday warning that any Israeli attempt to violate his country’s sovereignty will be met with «an appropriate response», without giving further details.

Aoun’s statement came a few days after Hezbollah leader Hassan Nasrallah gave a speech during which he threated that in the next confrontation with Israel, his organization will attack the ammonia tank in Haifa and even the Dimona nuclear reactor.

«We will hit the ammonia tank wherever it is,» he said. Referring to Haifa’s relative proximity to the Lebanese border, he added: «Of course, Haifa would be easier but we will hit it anywhere».