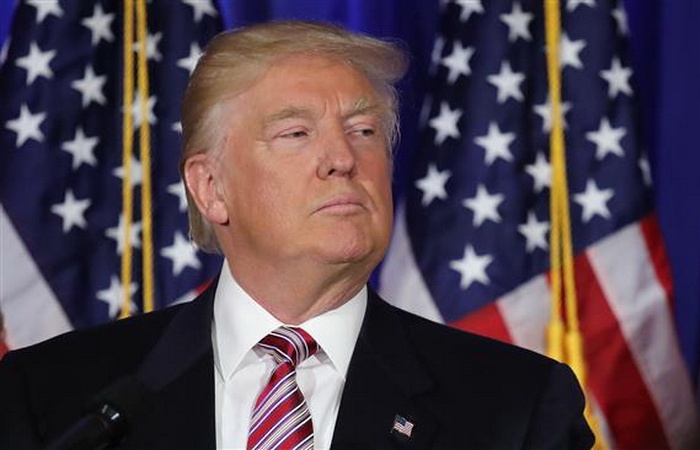 Donald Trump’s new US administration has adopted the idea of forming a new Arab-Israeli axis to fight Iran. The objective is not actually to declare war on the Islamic Republic, but to exploit the notion of a growing Iranian threat to get the ‘Sunni’ Arabs to fully normalize with the Israeli occupation, and to milk the Gulf states’ depleting coffers to fund American infrastructure projects as promised during Trump’s election campaign.

The Obama administration also exploited the Iranian threat for the same purpose, selling $130 billion worth of sophisticated aircraft and weaponry to the Gulf states, even while planning to contain Iran by political means and engage it in secret negotiations.

The right-wing Wall Street Journal reported on Wednesday that the Trump administration is in talks with Arab allies about having them form a military alliance that would share intelligence with Israel to help counter Iran. It would be based in Egypt, and would include that country along with Saudi Arabia, the UAE and Jordan. Neither the formation of such a coalition nor the inclusion of Israel as a security/intelligence partner comes as any surprise.

Israeli Prime Minister Binyamin Netanyahu has said openly and on-the-record that his country’s ties with Saudi Arabia and other Gulf states do not need developing as they are already developed.

This alliance will be bankrolled by the Gulf states, and its victims will be Arabs – and especially Yemenis. Given its relative military weakness, Yemen is likely to be the alliance’s first testing-ground given its military weakness, under the pretext of countering Iran’s influence and its armed proxies – meaning the Houthi-Saleh alliance – in the country.

The payback to these Arab states, especially Saudi Arabia, for joining an unprecedented alliance with Israel is likely to be two-fold: amendment of the JASTA law which would allow victims of the 9/11 attacks, whose perpetrators were mostly Saudis, to sue for compensation; and US designation of the Muslim Brotherhood movement as a terrorist organization.

Agreeing to this alliance would be an act of political and financial suicide by its four proposed Arab members. It is trap into which a US administration that is despised both at home and internationally is trying to drag them in order to drain their resources.

Regrettably, they seem to be walking into it with their eyes wide open.

The US is using the Iranian bogeyman to extort the Arab states and bog them down in sectarian wars.

Sadly, they have been submitting to this extortion and raising white flags of surrender.

They refuse to learn from previous experiences which affirm that while Iran is becoming stronger and more influential, they — as ‘moderate’ Arab friends of the US — have become increasingly weak, ineffective and bankrupt in every sense.

It is telling that Trump should be setting out to form this alliance at the same time as pronouncing the two-state solution in Palestine dead and buried and giving his ally Netanyahu the green light to hasten settlement expansion and swallow up whatever remains of the West Bank’s land.

Nothing could better illustrate the new low to which the Arab decline has sunk.