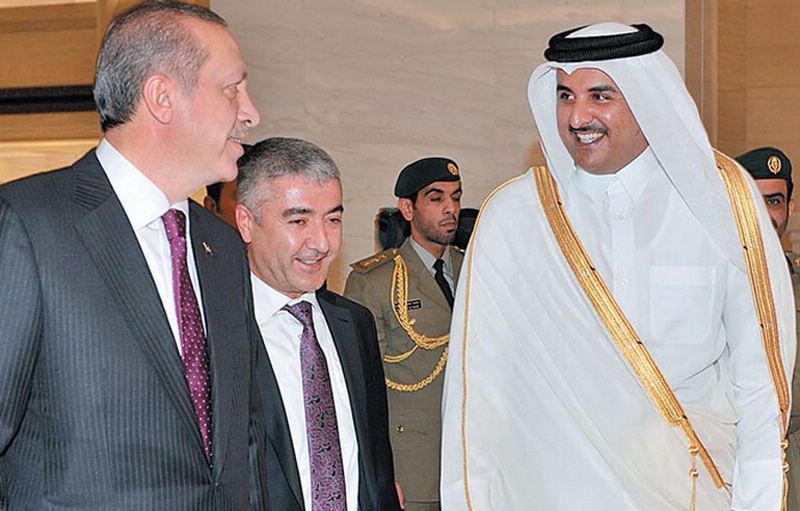 A phrase been uttered by the Turkish president Recep Tayyip Erdogan describing the State of Qatar as a «A friend in Black day».

This phrase got the attention of Turkish media, which undertook in their titles to mention this sentence launched by Erdogan during his visit to Doha and his meeting with Prince Tamim bin Hamad.

The Turkish media took the Phrase and post it in headlines in all Turkish Media and newspaper.

The media reported that, this phrase is a significant recognition of the Turkish leader indorsing and appreciating the stand of Qatar during the failed coup attempt in Turkey last year.

During the duo speech between Erdogan and the prince of Qatar Tamim on Wednesday, February 17, the Turkish President said to the media ((the night of the coup, stressing that he will not forget the support he received from Qatar during the coup attempt and beyond)).

Erdogan said «friendly of Qatar on that day, showed that they’re truly a friend in the black day, I also believe that joint ventures between our two countries will contribute to the promotion of stability and security in the region».

He renewed his faith in the bilateral relations between the two countries, which he described -based on historical facts — as very powerful relations which is being based on mutual trust and strong political will, adding that it is time to shift this confidence to a strategic dimension.

The visit of the Turkish President to Qatar at the end of his Gulf tour, which had taken him to Bahrain, Saudi Arabia, in order to discuss the security situation in the region and to work on developing the Gulf-Turkish economic cooperation.