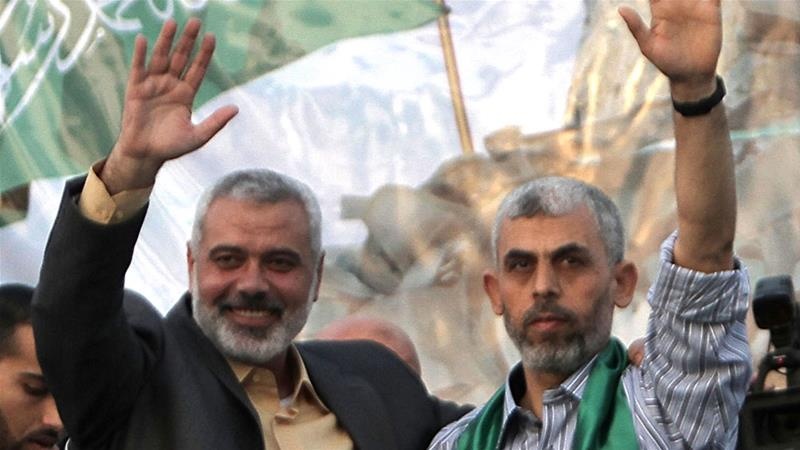 The election of Yahya as-Sinwar by a large proportion of votes as the new leader of Hamas in the Gaza Strip could prove to be a turning-point for the movement:

It may bring an end to the era of current political bureau chief Khaled Mish’al bureau which was characterized by flexibility, diplomacy and compromise solutions; signal the rise of the jihadi current which believes in armed resistance and rejects political concessions to the occupation; and draw Hamas closer to the regional ‘resistance camp’ especially Iran and Hezbollah.

This outlook is reinforced by the fear and alarm which prevailed in Israeli circles as soon as news of Sinwar’s election broke, reflected in Acting Prime Minister Yuval Steinitz’s remark that ‘confrontation is coming’ with Hamas and that it is only a mater of time.

The Israel authorities know Sinwar well. He spent 23 years behind the bars of their prisons and was responsible for the elimination of 12 of their agents in the Gaza Strip. He helped establish Hamas’ military wing the Izzedin Qassam Brigades, and oversaw the establishment of its security apparatus Majd which restored security to the Strip and put an end to armed gangsterism and the impunity enjoyed by clans.

Sinwar is from Khan Younis Camp, a refugee from the ethnically cleansed village of Majdal, who believes in the liberation of Palestine from the River to the Sea and to whom the Right of Return is sacrosanct.

He is highly respected by Izzedin Qassam commanders and fighters, and believes that capturing Israeli soldiers is the best way of obtaining the release of his comrade detainees in the occupation’s jails.

Those who know him closely speak admiringly of his sincere patriotism, firm adherence to his tough political stance, personal modesty and frugal life-style. They expect his leadership to reflect his personal qualities and his long record of struggle.

Many observers in the Gaza Strip believe Hamas lost much of its popularity in the Gaza Strip when it increasingly inclined towards ‘flexibility’: engaging in reconciliation talks with the Palestinian Authority (PA) in Ramallah but failing to prevent it from continuing to seek negotiations, make concessions and engage in ‘security cooperation’ with the occupying power, while drawing closer to the so-called ‘moderate’ camp in the Arab world.

The election of Sinwar as its Gaza Strip leader and Khalil al-Hayyeh as his deputy, as well as the growing role of fellow former prisoner Rawhi Mushtaha in the political bureau, are signs that Hamas is making a serious attempt to recover some of that popularity by returning the movement to its roots and its founding principles.

Neither Sinwar, Mushtaha or Qassam Brigades commander Muhammad Deif are likely to be perturbed by having been designated as ‘Global Terrorists’ by the US State Department. They may well see it as a badge of honour. In any case, Sinwar has rarely travelled outside the Gaza Strip, and has no property or assets in the US that can be frozen.

Sinwar’s election marks the resurgence of the ‘hawks’, but in our view it also reflects a democratic corrective movement within Hamas’ top leadership. Many observers and experts expect that to usher in a phase in which the movement gives armed struggle precedence over politics. Matters may become clearer once internal elections for a new Hamas political bureau and chief are completed in April.