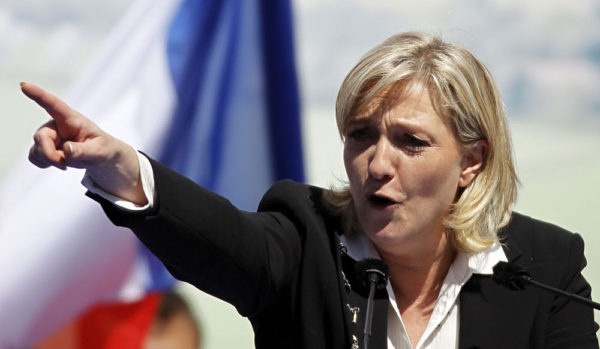 Far-right leader Marine Le Pen looks set to win the first round of France’s presidential election in April, according to a new survey issued on Thursday, with other polls indicating she will lose the runoff to centrist Emmanuel Macron.

Harris Interactive said a poll of voting intentions for the April 23 first round indicated that Le Pen, who heads the anti-immigrant and anti-EU National Front, would get 24%, with Macron taking 21%.

Francois Fillon, a conservative who was favorite to win election only two weeks ago but has seen his campaign damaged by scandal, trailed on 19%.

Only the top two candidates go through to the May 7 runoff.

The poll assumed, however, that centrist Francois Bayrou would run and would pick up 5% in the first round.

Bayrou has not yet officially declared himself a candidate, though.

If he does not run, his voters are likely to support either Macron or Fillon.

Two polls on Wednesday night gave Le Pen a similar advantage over Macron in the first round, and indicated that the former investment banker would beat her in the runoff by around 63% to 37%.