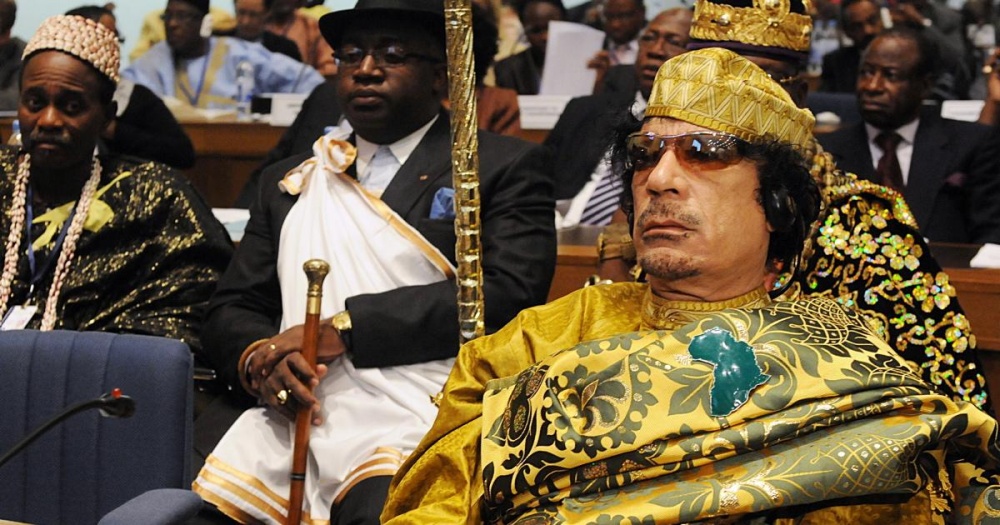 One of many secret documents that has been leaked that are belongs to the US losing candidate of the US presidential elections and the former secretary of state, Hillary Clinton, revealing the real causes of NATO strikes against Libya and supporting the rebellious movement that to eliminated the former Libyan leader Muammar Gaddafi.

This leaked document showed that NATO countries had the desire to eliminate the African gold-backed currency.

The records showed that NATO had other ambitions in Libya, including the seizure of Libya’s oil reserves, and for the former French president, Nicolas Sarkozy, was coveted in ensuring the French influence in the region and enhance its reputation locally, in addition to the confirmation of the French military force, preventing Gaddafi and his influence from what it sees France «French-speaking Africa,» according to the magazine «Foreign Policy Journal».

According to the magazine, Gaddafi had huge gold reserves estimated at 143 tons, in addition to a similar amount of silver, with a total value of 7 billion USD, and also was Gaddafi was planning to instrument an African currency on the basis of Libya’s gold dinar, and are thus an alternative currency to the French franc in the African countries, which provoked France and make it lead the NATO countries to get rid of Gaddafi.