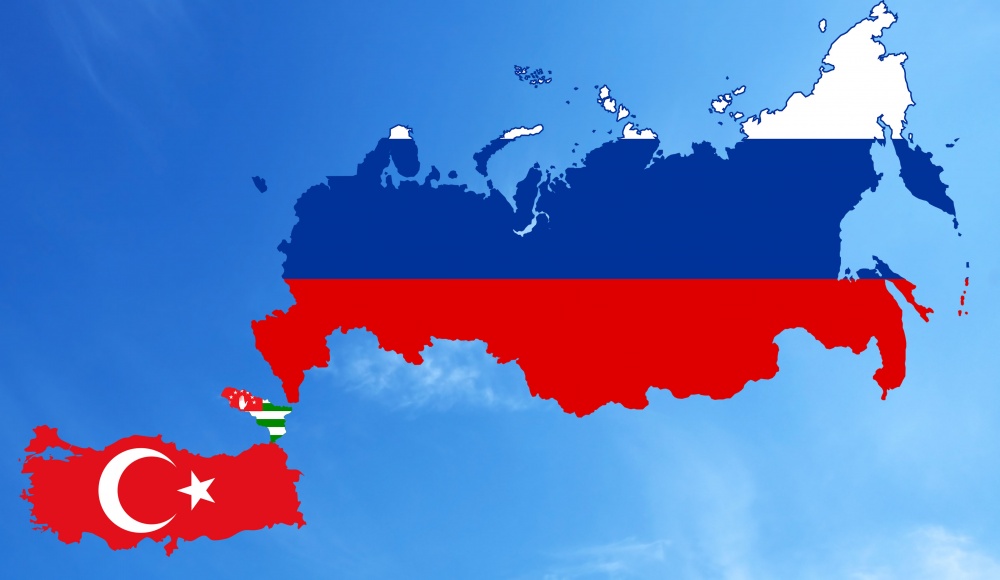 There is a peace scenario in the Middle East, hopefully after long near to six years of war & terrorism with massive refugees crisis that world have witnessed since the second world war.

It’s sure indeed a fantastic plot development is possible not only in literature, but also in politics, in the relations between two countries.

This was fact proved in 2016 by the example of Russia-Turkey’s relations.

Turkey & Russia has moved far & fast to redeem & develop their relationship & successfully changed it from minus to plus.

At the beginning of the new year of 2017 there was one more scenario that can change a lot, with hopes to help bring peace to the Middle East.

If the spring of last year someone had predicted that Russia & Turkey will again be looking at each other as comrades & partners, such a predictor must be hallucinating & deserve to be put in a Sanatorium for mental illness.

Sure everything is possible in the world of politics, history showed us many examples that many countries could get along again even if they went through wars & blood sheds.

The incident of Turkey shooting down the Russian Su-24 bomber, with the death of one of the two pilots on the hand of armed gangs supported by Turkey was an extreme edge that led to turning the relationship between Russia & Turkey to a big mess, followed by Russian Sanctions against Turkey to put a nail in the coffin relationship between the two countries.

Seven months of silence & unwillingness to take conciliatory steps after the incident… The situation deteriorated so quickly that independent observers immediately began talking about the possibility for the existence of a third force, which is skillfully directed all circumstances.

Mercilessly something on the stage of world of politics, Abkhazia the small independent state appeared to play a role & a ground for gathering.

Their appearance obviously was not planned by any scripts, but what they have come up with themselves, that on April 22, 2016 at the Abkhazian capital Sukhumi, a round table with participation of representatives from Abkhazia, Russia & Turkey, which have become the main theme of the Russian-Turkish relations.

There’s also a half months & outlined the meeting in Moscow.

The two countries Russia & Turkey, until recently had a good relationship, thanks to obviously to the third force that is intervened & led to what happened according to Mr. Hassan Kanbolat the director of the Ankara Political Studies institute, the so called relationship reconciliation took part in a meeting in Sukhumi then in Moscow. — We need to think in order to continue to prevent the interference of foreign forces in our bilateral relations.

Why the Abkhazians with such determination to become a bridge that was to reappear between Russia & Turkey?

Is it only because the country is sandwiched between the two big countries?

The answer is simple. Historically, Russia, Abkhazia with the entire northern Caucasus & Turkey have always been related. We must not forget that half of Abkhazians living in Turkey.

The big role of people from the Northern Caucasus, in particular Abkazia was part of Turkey’s history since the ottoman Empire, for instance there was more than 35 Grand vizier ((the highest ranking position in the Ottoman Empire after the Sultan)) were from Northern Caucasus: 6 Circassians, 1 Chechen, 1 from Russian Origin, 3 Armenians, 15 Georgians & 9 Abazin from Abkhazia, many of them were «Damad» Title which either a Husband of the Sultan’s sister or daughter.

Beside that, there are countless number of Pasha’s, Bek’s ((Army Officers)) & political statesmen played major roles in the Ottoman Empire history such as Mehmet Abaza the Bekler Bek of Bosnia during the rule of Sultan Murad IV in 1630’s which he singlehandedly stopped major attacks on the eastern borders of the Empire in Europe & submitted Kings in Eastern Europe to the Sulatan’s Will, also not forgetting to mention that Sultan Osman II was born to a Circassian Mother Sultan Khadija Mahi Fayroz the mistress of Sultan Ahmad I.

Regardless of the crisis & many incidents that took place in the history between the two countries, the people remain & continue to develop with their ties with each other regardless of anything & there is no difference & the fact that many writers have planned overseas & they kept to remind us that the fact of Turkey remains a NATO member, even Turkey still seeking on the path of EU membership.

You can simply cannot guarantee anything, Turkeys path to EU was always facing blocks & in some point Turkey will turn the face completely to be part of much Bigger area & play much bigger role in the region rather than begging & compromising the EU to get their approval which I honestly think it’s a waste of time & Turkey must think bigger than going to Europe & the Western World in General.

It was been proving through history That Turkey depending & relaying on the Western World always brought problems & extra weight on Turkey’s shoulder without any equal income of any kind.

«America is in this situation is far away, put Russia is close». Mr. Hassan Kanbolat saying,«my opinion is that in this situation, I believe that Turkey’s foreign policy, despite the pressure & the fact that it’s NATO still needs to be directed more to the aspirations of the people. There is a saying: «drop wears away from the stone.» We have our joint efforts on all sides will peck, peck, peck & go to put the result, because no other way & by them we were not once, helping each other.

Abkhazian & Northern Caucasus officials have done a lot & made a great contribution to the national liberation struggle of the Turkish people, It unites Turkey, especially during the rule of Mustafa Kemal Ataturk.

At the same time, were designed to hold a joint festival of the Caucasian cultures, with various exhibitions & scientific conferences, all these plans work.

In late December of last year, as planned, in St. Petersburg hosted a round table «The Abkhaz & Abaza in Russian-Turkish relations (early twentieth century).» So, it is the Abkhaz-Russian-Turkish initiative, born representatives of a small nation, has become central to the improvement of relations between Russia & Turkey, has allowed to continue the dialogue between the countries & almost opened a new page in the life of Turkey, which has received more opportunities to understand what are America, the European Union & NATO true faces.

Moreover, small Abkhazia almost «wiped her nose» in foreign policy of the US leadership during the administration of the past US President Barack Obama.

The whole world became clear that the United States could do nothing to rekindle the conflict between Russia & Turkey, especially in their Powerless condition that they are blazing in the settlement of the war in the Middle East.

Then only the creation of a new strategic block between Moscow, Ankara, Tehran & Baku, which will be able to join other neighboring countries, can bring lasting peace in the Middle East & reduce the negative impact on the vast region from any outside intervention.

how much you can predict more?

You can ask Abkhazians & take advices from the Northern Caucasus people Moreover, they are not going to weaken the efforts of mediator between the countries — major players in the entire region why not they are there for long time since the Mamluki Era & with large, effective existence in Countries like Syria & Jordan.

In conclusion one final advice for the Russian Government, you should pay more attention to the Northern Caucasus & work to improve this region & put some efforts for prosperity in this region, we don’t want for this region to fall again in Extremism & Terrorism, please pay attention to the people in the Northern Caucasus, they are helpful, courageous & trust worthy people with many elite between them, they are Russian Citizens after all, they live & serve the Country.