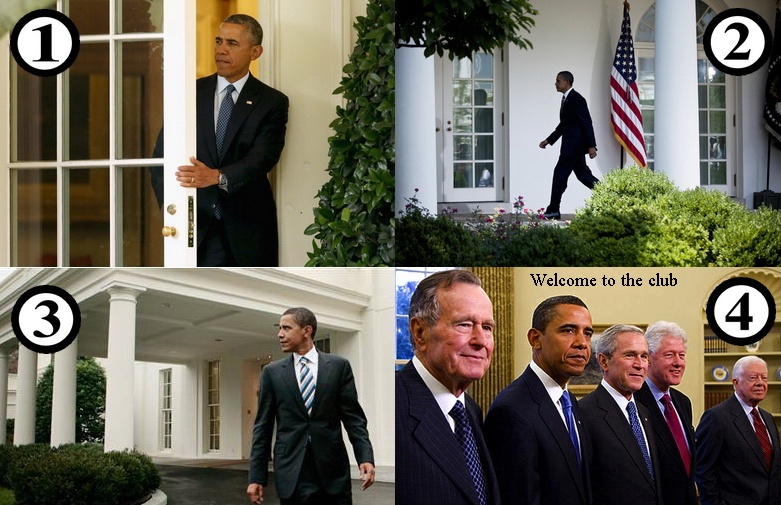 In these past days of what’s left in his time, the President of the United States Barack Obama intends to leave poor and heavily complicated legacy to his successor to deal with

Obama lately has been behaving and acting in bizarre ways that would left all the rational people in a state of confusion just to find an excuse for him or at least some reasonable explanation that could in somehow justify his words and behaviors in his last days of his presidential career The impression that will comes to the head is that the nuclear super-power and the leader of the free world as of what the United States Always portrait itself by, that when you follow all the actions and the statements of the US administration which is in fact very far away from serving the common interests of the American people, you can notice near to childish behaviors that is not securing at all any of the requirements that most of the American people is looking for.

I tried in many ways to find any reasonable explanation and it’s quite difficult to explain somehow the game of applying sanctions against other nations such as Iraq in the past and Syria today, which is become very clear that it didn’t bring any gains in order to make things better, it always you can see just the Innocent people are the suffering by and it just add fuel on fire to make things worse. Take the game of the radical Islamic terrorism which was created by the CIA in due time of Al-Qaida, it was been applied and poses serious threats to world peace and the entire civilized mankind, miraculously the United States continues openly and quietly nurturing terrorist groups in the Middle East.

By providing modern weaponry and supplying the so-called moderate opposition in Syria, as a matter of fact, the radical group such as the Islamic State and Fateh Al sham front, Obama deliberately provokes the intensification of hostilities in that country.

The prospect of a humanitarian catastrophe looming over Europe, where flocked in search for better life via powerful waves of refugees, which the US administration could care less about, not forgetting to mention the fate of hundreds of thousands of civilians that torn apart in the Syrian war.

Apparently all these stacked problems and conflicts Obama’s administration is leaving behind for the next President of the United States Donald Trump to deal with all these problems.

The crucial thing that should not be forgotten is the slowly tik-tok time bomb that was implanted under the chair of Donald Trump almost immediately after his election victory.

According to military intelligence, at the Syrian city of Aleppo, it been discovered that the rebel has left behind a newly improved Russian armaments.

As it turned out, that all these lost Arsenals that somebody is in a very need for, in a very time soon will be will be compensated for.

According to some information that the pentagon has somehow managed to purchase a modern Russian armaments.

Some experts say, in the future, these purchased Russian weapons could be used in acts of provocation, aimed at breaking the relations between Russia and Turkey.

During the time of the Nazi Germany, the director of the Reich Main Security Office Reinhard Heydrich convincingly demonstrated the effectiveness of such operations.

In 1939 some SS forces where dressed in Polish uniforms, carried out an armaments that used by the Polish Army and launched some attacks on a number of sites inside German territory.

Adolf Hitler, in a response of these attacks stated that Poland had committed a perfidious attack on Germany, so therefore the Germans have all the rights now to defend their homeland, latter on Poland suffered under the oppression of the Nazis.

In our time, there is no need to change the uniforms. It will be enough to find Russian weapons in areas controlled by militias of «Kurdistan Workers Party», who is fighting the Turkish Government, and the American «Hawks» find «in this case the bloody hand of the Kremlin».

Very smoothly blending into the Obama plans on tearing down the relations between Moscow and Ankara at the recent assassination of the Russian Ambassador Andrei Karlov.
Exponential execution, filmed as the campaign of intimidation has been beneficial to anyone, but certainly not Russia and Turkey.

The Russian leader with his security high-ranking officer, it think will have enough intelligence to understand these games and effect the relations with Ankara with any unwanted or wrong decisions.

A week later, Washington has followed another step aimed directly against Trump and his supporters. Obama accused the Kremlin of cyber attacks, with the aim of influencing the results of the presidential elections in the United States, despite a complete lack of evidence of this version and kicked out Russian diplomats.

Vladimir Putin and this time succumbed to his provocation Frank American counterpart, saying that he was not in favour of «the kitchen» policy of the US administration and let the United States Embassy in Russia to peacefully and quietly celebrate the new year in Moscow without any disturbance.

What kind of stupidity can come up with Barack Obama, to maximize harm to his successor as President of the United States, time will tell.

We must be with all hope that in his few days left in office to as much as possible to end his term of office and not demolish the America’s policies and not allowing the world to return to the era of the cold war nor hot war.